Some readers may remember when I first considered moving to the weird state that is Texas, that my daughter convinced me to move here. Specifically, she told me it was cheap, flat, warm, and perfect for "old people"  Said with humor, mind you, but seriously meant.

I used to say things like "I still feel middle aged", and when I do surveys, I tend to say something like "I feel like fifty" when asked.  But the truth is, I'm moving towards 70 in September.  And that's okay. Old is good. It's fun. It's creative. It can also be more dangerous and painful. But it's challenging, creative, fun, interesting, new and unique, and a whole bunch of other things.  if you allow it to be.

There was a time when I thought I needed to do "all the things" during the early part of my retirement. Because of health, money, and who knows what else. I know people who feel this way. That they have to run and jump and play as soon they leave the retirement gate. That they have to do all those things and then be prepared for not doing any or many of those things later on.

Which may be okay, but only up to a point. And that point assumes that a. those running and playing things are the only things of value in life, and that b. you absolutely can't or won't do them later.

I still travel. I'm not walking on German cobblestones to often and I'm no longer capable or climbing Mesa Verde if they would let me, which they won't. I'm not liable to sleep on the ground or even in an air mattress anytime soon-which means one of my bucket list items (Bonaroo) will probably never be fulfilled. But I can still take a driving tour of the gulf coast  from end to end, and go glamping at Yellowstone. The methods may have changed but the end goals remain the same.

Lately I'm convinced that most of the stuff written about the down sides of aging are either written by the young people who "study" it, or the very early retiree types who have decided that the enjoyment of life must end at a certain time (yes, I'm generalizing and possibly being snarky here).

The truth is that multiple studies have shown that people over sixty five (even those on the financial edge or in less than "perfect" health) have a high level of "satisfaction" (research term there), and happiness.  We are also ambitious, curious, active in many ways, exploratory and caring. Just for a start.

Almost all the bloggers and post sixty five friends I know support that. Even during our past pandemic. We like who we are, we like being engaged. We're more likely to share our opinions now that we don't have to worry about employers or other silly stuff, and we can ignore the opinions of the "Don't Wear this After  50 crowd".

We say what we think, we  volunteer, we have fun, we go to school, we play with our families, we make stuff, we cook stuff, we eat stuff and for the most part we fill our days with what we want to.

Recently a Facebook link to a blog (which I may link here), suggested to me that if I wanted to read about aging, I should read books by old people who write and wrote about aging.  Currently I'm reading a book called The Grace of Again, and admittedly much of my reading is still of the mindless variety, but I've added a few of those books to my oh so growing list.

This post has been a ramble, but it's also to share with you all that as I slowly return I've decided talking about aging is important and that there will be more posts like this-hopefully more targeted and that make sense, but there you are. And also more posts on retirement finances, which have kind of dropped off the wayside. Especially since I've made  a huge mistake while on this last hiatus.

Meanwhile, today at the behest of a few other of my community residents, we are test driving a monthly crafting group. I'll let you know how it goes.

Until next time, I leave you with a photo or two of hopeful creativity. My daughter the plant guru came by last week and redid my patio, so hopefully I'll have some photos sooner rather than later! 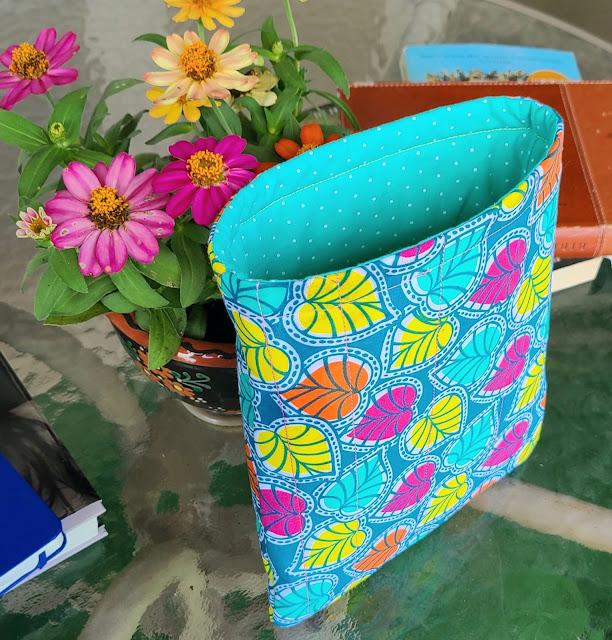