Preparing for Retirement: Get Your “Stuff” Together

Just a small reminder that it really is a dog's life, and we just think we're in charge!  My son actually thinks this is his bed, but the dog of course, knows better. 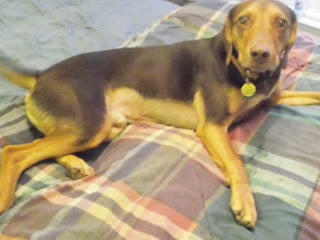 Over one year ago, I finished losing seventy pounds.  At that time I cleaned out much of my closet.  What I have not done (at least not yet) is buy any new clothing.  Put simply, I haven’t needed anything.  Some time back, I mentioned that I may never need to buy clothing again-as some readers joked at that time,  that was surely an exaggeration.  Yes and no.  While I may see clothing that I WANT in the future, the truth is that my only “mandatory” clothing expenses have to do with planned obsolescence. So far, that has only including what someone once joking referred to as the underwear disintegration effect.  Obviously this will change, as my goal is to lose 62 pounds by my 62nd birthday.
In the past, many retirement bloggers have waxed eloquent regarding the so called experts estimation of the amount needed to live on in retirement.  I, as well as many blogging friends see the minimums as awfully inflated. While there are many reasons one may have lowered or equal costs in retirement, one of the many reasons some folks live on less in  is that they have the “stuff” of life.   Much of that stuff is acquired through the normal paths of life.  Sometimes though, it is worth looking ahead to retirement and making some investment purchases ahead of time (or in the early years of retirement).
Obviously your ability to anticipate future needs depends on how much you know about your retirement plans.  I'm also not suggesting that we take money away from retirement savings per se.   If you feel  fairly confident about future activities or living situations, it MAY be worth your while and your money to direct some income towards these kinds of investment purchases.  My in laws committed many years ago to retiring in place. This means that they spent some money on their home, both making it energy efficient (to lower monthly costs) and preparing the house for needs later in life.
Before my husband passed away, we were beginning to think about post working world decisions. We knew we wanted to travel.  My husband was a black trail skier, and lived for golf. He had begun slowly investing in good quality but basic equipment (especially since were in sporting goods heaven). I did the same. Because we knew we would be cooking a lot more in retirement (we ate out a bunch when my son was in high school, we were both working and between the three of us we had six hobbies each), we bought a few things that would make said cooking easier and more fun.  I’m not talking  restaurant quality, but we knew a good mixer and such would increase our enjoyment of cooking. We knew we were retiring to different climes, so we would have started developing a "southern United States worth" wardrobe.
For myself, living on a fixed income is much easier and more enjoyable because for the most part I have both what I need and what I want.  Whether I want to cook or can, take a road trip tomorrow, work in the yard, or quilt, I rarely need to spend money except for on so called “consumables”.  Mind you, that doesn’t mean that I don’t see things that I occasionally want to buy-just that those purchases are rarely required.  This means that beyond the so called monthly bills most of my money is free to spend on the needs/wants of life-be it groceries, fabric, hotels, or entertainment. It works for me. 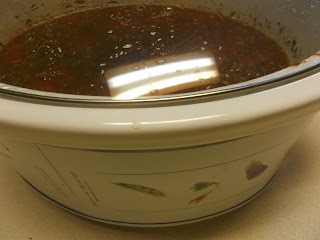 And speaking of cooking, tonight was one of those days when I threw everything in the slow cooker.  While I wouldn't call minestrone junk soup, it's a very flexible dish. Today I used kidney and canelli beans, lean ground beef, crushed tomatoes, vegetables and lots of broth and seasonings.  Add some popovers and there you are. Tomorrow I'll add more vegetables (perhaps spinach) to the second showing-and when I make it next I may add pasta as well. 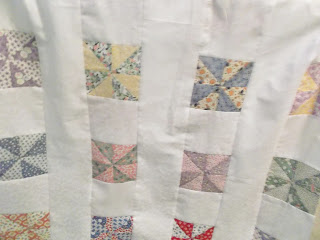 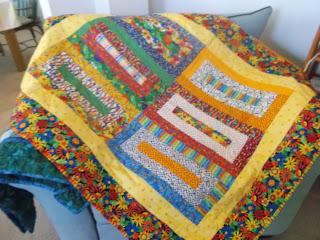 This evening, I'm preparing to finish my large quilt and have valentines coasters and treat bags on my sewing table.  I've just watched Top Chef (and am muttering to myself).  I'm also limping around the house, because after a week of what the many of you call normal winter weather, my knee simply says "ouch!".  Colorado will certainly require some preparation if that is my end destination. 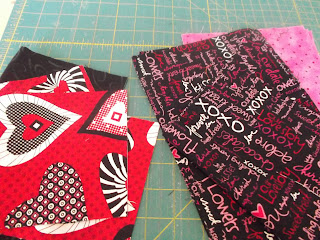