A New Budget For a New Time

Just as an aside, I dunno about other bloggers, but if I had a buck for every comment on healing herpes I send to spam rather than publish, I could retire to the Bahamas. I tell ya.
This afternoon my sewing room/studio looks messier than it has in a year.  As part of the packing process, I emptied out all the drawers and bins and put like items in various sizes of plastic bags (art pens in one, paint brushes in another, acryclic tubes of paint in another and each sewing project separately bagged.  My table is now piled high. Multiple boxes (both those to be packed and those holding trash/recycling and donation items, as well as some already packed) litter the small floor. The storm before the calm. 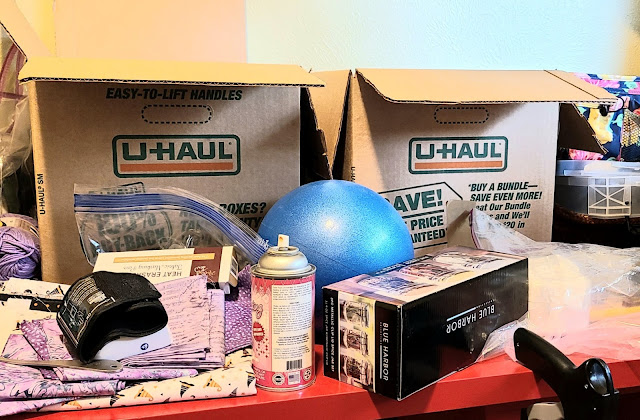 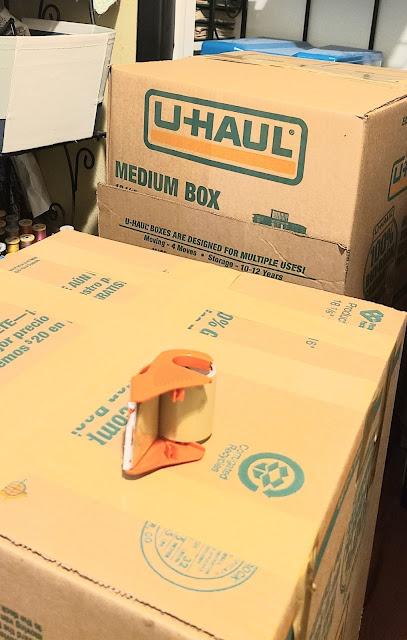 I've finally (mainly) figured out the budget after talking with utility companies, wifi providers and looking at all the costs and estimated costs.  There are a few unknowns, of course. In the end, some things will be greater, some less, but I sould actually have more "flexible" income than I do now, even if only do to being in a lower priced area.

Aside from the monthly expense comparison, there will be some heavy spending the first couple months, after the moving costs.  Because I am leaving a house that has had most things combined, and because the furniture is almost ten years old even if I was willing to take it (It will be my son's or he can sell it all)  When I moved into this house, furniture became "house furniture".  So the bad news is that I need new furniture.  The good news is that I need new furniture. That includes a new bed, a dining room table and chairs, living room furniture (temporarily taken care of) and something on the patio. Oh, and a new quilting table. For starts. Plus bathroom furnishings, cooking items in smaller sizes and all the other good stuff. Plus, Christmas is coming.

My Amazon wish list is growing. I should turn it into a registry, maybe?

Anyhoo, back to the budget. There are two increases,  many decreases, some that will remain the same and some that I am not sure about.


Decreases which offset the above:

Things that will probably stay generally the same or a wee bit lower:

Things that fall under I don't know yet: